from voyage au soleil by numün 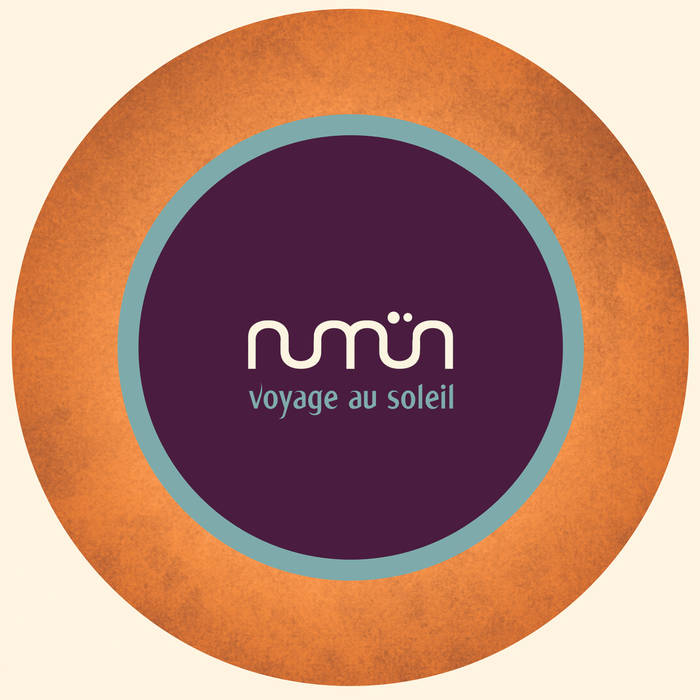 Somewhere between Beck's 'Morning Phase' and Anton Newcombe, 'voyage au soleil' is a mission that only goes in one direction - forward.

"This song brings the whole strange ride to a wild conclusion- definitely a trip to the heart of the sun. This song started with a beautiful fretless banjo riff from Chris, and once the tambourines went down we knew where this track was headed. I was in high school all over again looking for my long lost bong. " - Bob Holmes

"If tranquility base was the start, and first steps is where the çumbuz entered, this is where it peaks. Çumbuz and keyboard chat the same melody just differently enough to highlight the allowable difference in notion of tunings at the heart of numun. Bob's bass and Joel's guitar drive and the three of us on tambourine clear the haze so we can get moving towards the brightest object in the sky. The melody that appears at 2:38 was written on its own, the notation focused on contour, and we locked this trimmed variation at a session. This piece soars and never looks back." - Christopher Romero

"I was lucky enough to see Olafur Eliason’s The Weather Project at the Tate in person when I was there years ago to play a rock and roll show. The sun was right there - you were at the sun. The beating hot sphere – larger than the main hall itself, past the ceiling, heavy misty air everywhere. voyage au soleil started with Chris’s banjo lick, and only after the original session with Bob and I playing along was complete did I realize there was a mistake in a setting and the original high organ pad had peaked. From that point on, the track needed to lead to that moment – where you’re reaching the sun and still going. Bob played all the guitars on this track, louder than anything else on the record. I added the electric piano as a call and response, and, with Chris’s banjo as a focal point, the trajectory was clear." -Joel Mellin