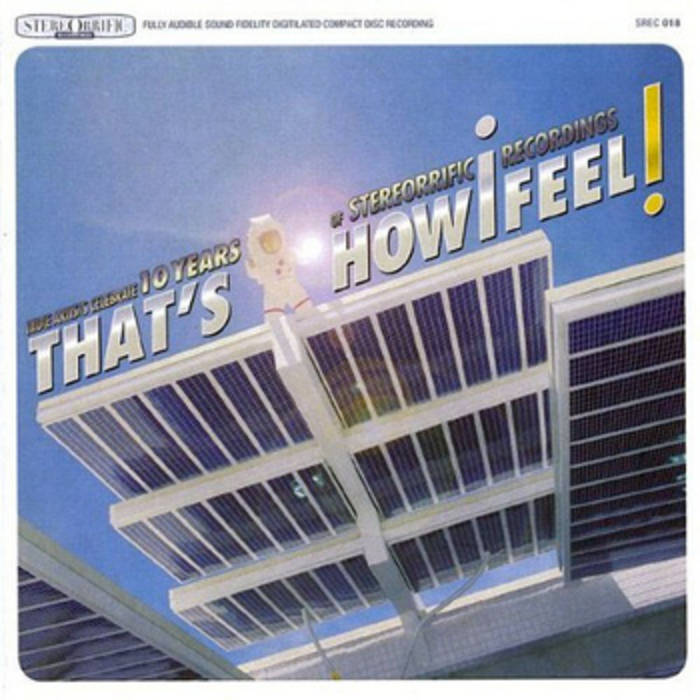 Ten years ago, garage-popsters The Oscillators self-released their self-recorded debut, Let's Rock Instead!, taking advantage of the emerging distribution and promotion opportunities of "the Internet." The album became a minor college radio hit, and sales started coming in online from all over, including Europe and Japan. Oscillators' leader Joel Mellin and his brother the artist/musician Jeff Mellin decided to harness that momentum to help out friends and other like minded artists, and so, with the additional help of their pal producer/musician Pete Weiss, Stereorrific Recordings was born.

"We never saw the label so much as a company, but as a collaborative of artists with a shared sensibility," says co-founder and artist Jeff Mellin. "The idea was to pool resources, and to associate friends and fans of each group with the other groups. We wanted to connect the dots, and hopefully come up with something more than the sum of it's parts."

Since then, Stereorrific has released and co-released a decade's worth of albums, 45s and even books by artists ranging from the instrumental heroics of the Weisstronauts to the twee-garage of Miss Mary to the mangled and angular guitars of Rectangle to the art-pop of Orange Nichole. And they continue to expanded their Stereorrific ideas into other projects, including partnerships with UK label Where It's At Is Where You Are and Oakland-based Kolourmeim Press, an experimental imprint called Musique Impossible, an online music licensing site called FlickTracks, and helping to start Waxfruit Arts Media, a 5013(c) non-profit connecting the public to the creative community.

The influence of Stereorrific has been felt far and wide. Now, for it's 10th Anniversary, indie artists from the UK, Netherlands, Brazil and the USA have come together to celebrate some of their favorite Stereorrific songs.